As part of the Horizon 2020 Societal Challenge 2 info week, the European Commission presented the ﻿review of the 2012 ﻿European Bioeconomy Strategy and Action Plan, on November 16, documented as a Staff Working Document, and discussed its findings with stakeholders and policymakers. The event gathered together more than 800 participants from across Europe.

Although led by DG Research and Innovation (DG RTD), the bioeconomy is a concept that touches upon a multitude of policy areas, ranging from climate action to regional development. It was therefore very positive to see that DG RTD, the organizer of the conference, had invited nine Directorate Generals (DG AGRI, DG GROW, DG CLIM﻿A, DG REGIO, DG ENER﻿GY, DG ENV, DG SANTE, DG JRC and DG MARE) to host one session each during the day, thus covering the bioeconomy from several different perspectives.

In spite of a busy programme, the highlight of the event was the launch of the ﻿European Bioeconomy Stakeholders Manifesto. The launch was marked by a handling-over ceremony where the members of the ﻿﻿European Bioeconomy Stakeholders Panel﻿ handed the document over to Research, Science and Innovation Commissioner Mr. Carlos Moedas.﻿ “The manifesto recognizes the complexity of the topic. But at the same time, it reaches out to a wide variety of stakeholders, from the forestry sector, to fisheries, and many others” said Mr Moedas in his spe﻿ech. “The manifesto creates a common engagement to promote its potential.”

* The European Bioeconomy Stakeholders Panel is made up of 25-30 members from small and large companies, NGO’s, biomass producers, EU regions and academia. FTP’s Managing Director Johan Elvnert is also a member. 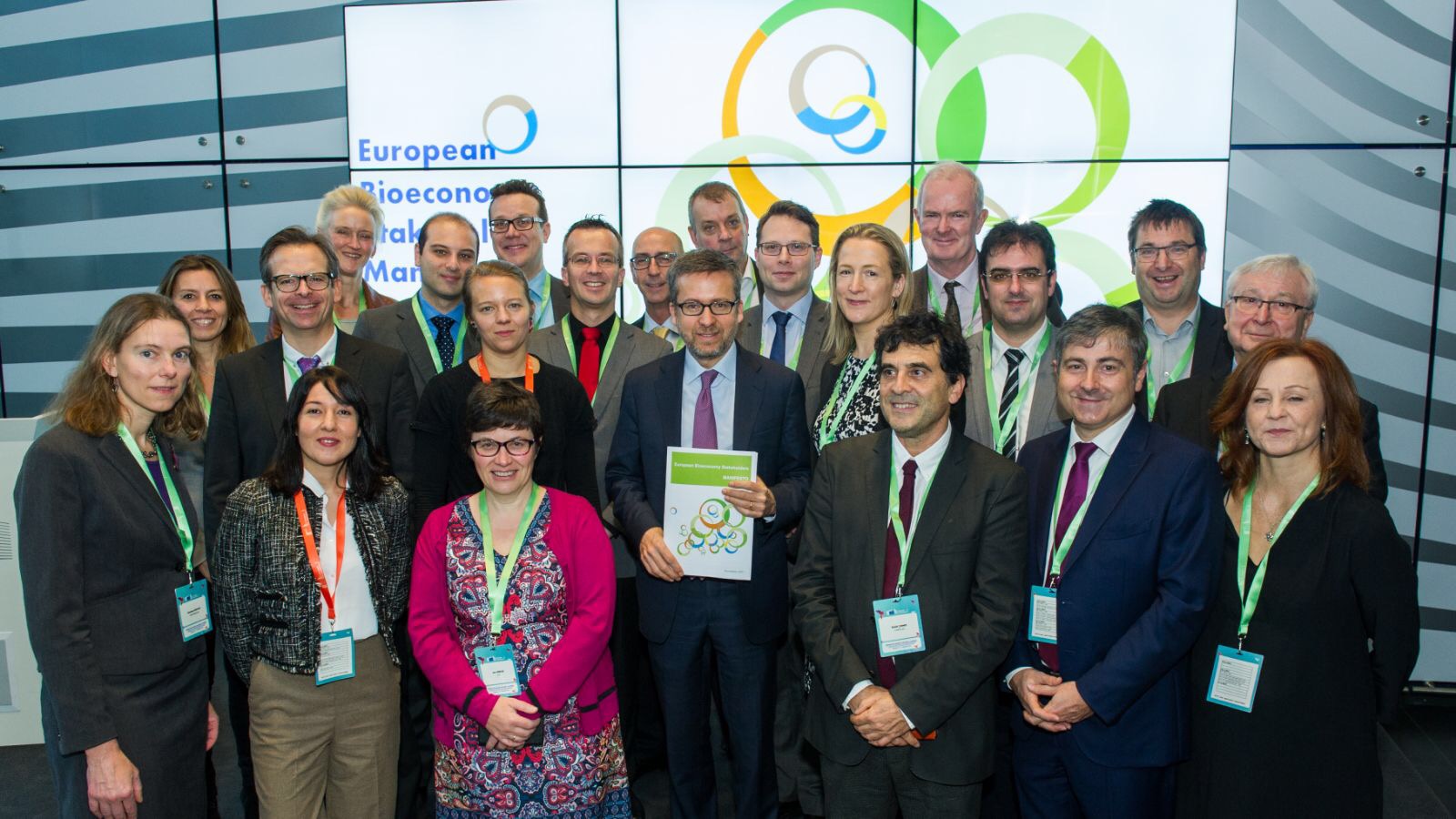 bioeconomyHorizon 2020SC2 Societal Challenge 2
We use cookies on our website to give you the most relevant experience by remembering your preferences and repeat visits. By clicking “Accept All”, you consent to the use of ALL the cookies. However, you may visit "Cookie Settings" to provide a controlled consent.
Cookie SettingsAccept All
Manage consent